.Ezeunala Ekene Franklin, an SS3 pupil of Meiran Community Secondary School, Meiran, has been congratulated by the Permanent Secretary, Lagos State Ministry of Education, Mrs Adebunmi Adekanye, for having the best score in the 2019 Unified Tertiary Matriculation Examination (UTME). Franklin scored 347 in the examination. A breakdown of the result showed that he had 78 in English, 91 in Mathematics, 86 in Physics and 92 in Chemistry.

Mrs Adekanye, In a statement signed by the Deputy Director, Public Affairs, Ministry of Education, Adesegun Ogundeji, said she was not surprised at Franklin’s performance, saying he had won many laurels representing the state in competitions. The 15-year old came first in the Zonal final of 2018 NNPC National Quiz competition. He proceeded and represented the South West at the National finals in Abuja. 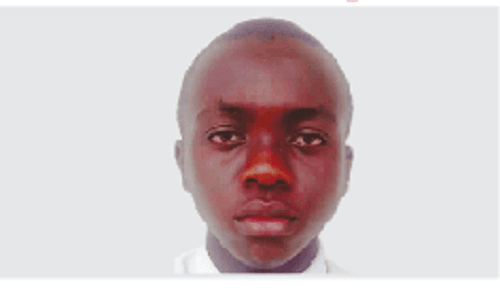 Franklin was to lead the Lagos team to 2018 Junior Engineers, Technicians and Scientist (JETS) competition last December but when it was rescheduled, he had to be dropped to enable him concentrate on his WASSCE.

Mrs Adekanye expressed joy that a new team of SS2 pupils eventually won the competition. A feat she ascribed to the qualitative education that the State has been providing, she also commended other public school pupils who also had high scores in the 2019 UTME – like Ihejeamatu Anthony of Festac Senior Grammar School who scored 327; AbdulLateef Adeyemi of Government Senior College, Ajara (295) and Tadese Fafai and AbdulWaheed Adegbite both of Abibat Mogaji Millennium Secondary School, Agege (291 and 271