.Emmanuel Oluwasayomi Ahmadu, a graduating student of UNIBEN, popularly known by his IG handle “mr.voiceover” who was interviewed during the award ceremony organized by West Africa Citizens Award in Lagos last month, where he bagged the international award for Student Brand Of The Year West Africa explained his journey to limelight.

The orphan who is a Voice-Over Artiste,a Nollywood Actor, Writer and an Entrepreneur reportedly explained how he struggled due to family crises, he said he attended sixteen (16) primary schools and fourteen (14) secondary schools. 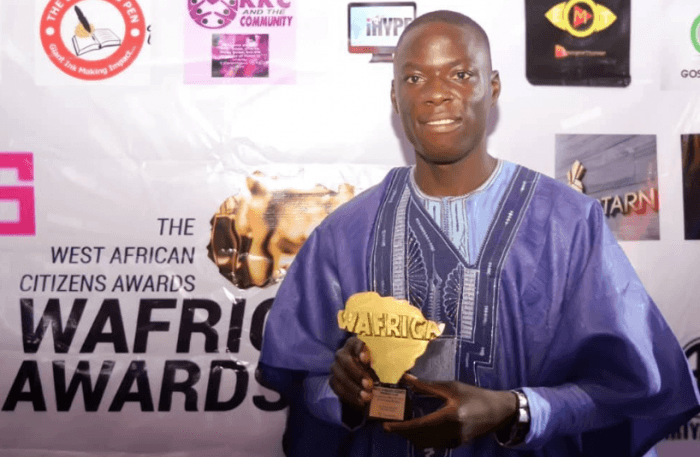 “I wrote o’level exams seventeen (17) times until I finally passed it in 2014, although it was not easy to have gone to several schools, wearing secondary school uniforms after many years of graduation and seeing your former junior colleagues who have gone to the University, now your teacher in secondary school. It was so shameful and embarrassing to bear.”

He went further to encourage other students; “for me to have been among the graduating students and to have also represented the University of Benin and represented Nigeria on international scene means that anyone can succeed irrespective of whatever militating challenges or setbacks”.