15-year-old Boy Who Cleared WAEC, Scored 332 in Jamb Has Been Denied Admission

Recall, David okorogheye, the viral story of boy who scored 332 in Jamb and had 9A’s in WAEC, He has been reportedly denied Admission into the University of Lagos following a claim that he is too young to be in the University.

The young man was not allowed to sit for the post UTME Exams. According to reports, he was asked re-apply next year, this is because of the 16 years age limit for University Admission 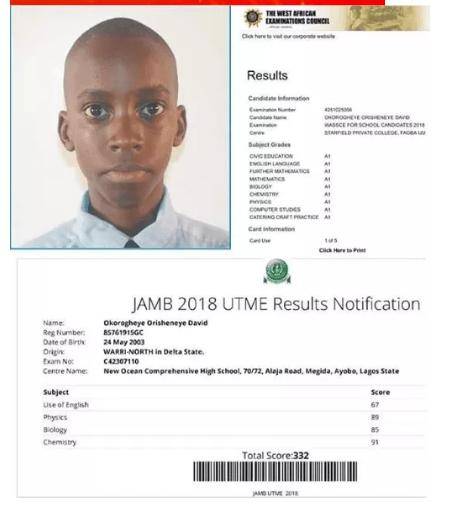 The 15-year-old boy applied to studying Medicine in the University of Lagos, he allegedly lost his Dad when he was 8 years old and decided to become a Neurosurgeon in the nearest future hoping to save lives.

UNILAG VC extend the appointment of director of continuing education